It’s coming up to 40 years since the first HIV/AIDS diagnosis in the UK and the outlook for those diagnosed with HIV today is very different.

With an early diagnosis and the right treatment - HIV is now considered to be a manageable long-term health condition. But many people still have the same outdated beliefs that were circulating when the epidemic started in the early 80s.

It’s true that in the early years of the epidemic, a disproportionate number of men who identified as gay or bisexual were affected by HIV and AIDS.

This led to increased misunderstanding that HIV only affected gay and bisexual men, and increased prejudice towards the LGBTQ+* community.

Attitudes towards HIV, and gay and bisexual men, particularly in the 80s and 90s, meant that far too many lives were lost because of the stigma of HIV and AIDS.

This was exacerbated by the government of the time's anti-LGBTQ+ policies, such as the introduction of Section 28 in 1988. Section 28 was a law brought in by to “prohibit the promotion of homosexuality by local authorities”.  And endured until it was repealed in Scotland on 21 June 2001 and in the rest of the UK on 18 November 2003.

*LGBTQ+ is an abbreviation of lesbian, gay, bisexual, trans, queer or questioning - plus self-identifying gender or sexuality.

There aren’t any other long-term conditions that have the same level of stigma as HIV. This stigma is also a barrier for many people, when it comes to needing a HIV test.
— Sharron Spindler, Chief Executive of Dhiverse

Fortunately, many hugely influential activist groups, such as the Gay Liberation Front, continued to protest and the political and social climates in this country are becoming far more supportive of the LGBTQ+ community.

Many of these groups and individuals have also been responsible for campaigning for the rights of people living with HIV, and we owe then a big thank you.

But the stigma and misunderstanding about HIV remains one of the main barriers to treating the virus and reducing infections today.

Tell us your experience

Access to healthcare should be a right for all. Please share your experiences and tell us about using services - such as HIV testing, sexual health clinics, hospitals, GPs, dentists and more.

Today the number of new HIV infections in people who identify as heterosexual is not far behind those who identify as being gay or bi-sexual. HIV can affect anyone – regardless of gender, age, sexuality or ethnicity.

It’s so important that people understand this, otherwise the marginalisation of some groups will never really go away. And it could also lead others, for example those in heterosexual relationships, into thinking that they are not at risk.

It’s vital that we don’t make assumptions when discussing HIV, and that we make sure any anti-LGBTQ+ or anti-cultural attitudes are challenged.

HIV is now considered a manageable long-term health condition. And with an early diagnosis and the right treatment, a person with HIV will be able to achieve an ‘undetectable viral load’ – this means that the virus can not be detected in their system.

An undetectable viral load means a person cannot transmit HIV to any HIV- negative partners. This is known as U=U and is a huge step-forward in the aim to bring new HIV infections down.

Another great advancement is PrEP (Pre-exposure prophylaxis), a pill that contains anti-HIV drugs that can be taken before a sexual encounter that may put a person at risk. By taking PrEP in the correct way, a person can eliminate the risk of contracting HIV.

Despite all the good news around HIV, there are also still a significant number of people who are being diagnosed late because they’re not getting tested soon enough.

A late diagnosis means that the virus has been given a chance to start damaging the immune system, so future treatment may not be as effective.

A late diagnosis may mean that you have unknowingly passed on the virus to others.

Last year the government set an ambitious target of ending all new HIV transmissions by 2030. But to achieve this there needs to be support for universal HIV testing as part of routine care.

When we consider the stigma, perceived stigma and lack of awareness and understanding, coupled with other factors such as sexuality, ethnicity, culture, faith and disclosure, it’s easy to understand why many people living with HIV have poor mental health.

It’s amazing news that HIV is now considered to be a manageable long-term health condition. The downside is that this has impacted on the funding available for raising awareness of HIV through training, education and promotion.

At the same time the much needed funding for psychological support for people living with HIV is also in decline.

I think we need to stop assuming that everybody really understands what it’s like to live with HIV today or realises that anyone can get HIV. We have to go back to the basics of raising awareness and educating whilst making sure people with HIV get psychological support if they need it.
— Sharron Spindler, Chief Executive of Dhiverse

Funding for HIV awareness and psychological support is vital if the government’s new HIV strategy which includes reducing / eradicating new infections, is to be achieved within the next 10 years.

If people aren’t being given up-to-date information, and aren’t having conversations about HIV, then it’s no wonder the stigma and as importantly, the fear of being stigmatised, still exists!

Yet sexual health organisations like Dhiverse struggle to find funding to help raise awareness, educate and train people about HIV.

As we’ve seen with mental health awareness in the past decade, one of the best ways to make widespread progress is to start having more conversations. Personally, I believe we could soon achieve for HIV what’s been achieved for mental health, if we talk.

Why not start a conversation today? Ask your friends, colleagues and family what they know about HIV. Share some of the facts and some of the positive news.

If you’d like to do this but you’re not sure how to start, get in touch with Dhiverse. We can help you get the HIV conversation started!

About HIV and AIDS

HIV stands for human immunodeficiency virus. It can affect anyone – regardless of gender, age, sexuality or ethnicity. The virus attacks your body’s immune system, specifically CD4 white blood cells.  And means you are less able to fight off infections. It’s transmitted from person to person through bodily fluids (most commonly via unprotected sex). There is currently no cure for it.

AIDS is short for acquired immunodeficiency syndrome and applies to the most advanced stages of HIV infection. It’s defined by the occurrence of any of the more than 20 life-threatening cancers or “opportunistic infections”, so named because they take advantage of a weakened immune system.

Dhiverse is the Cambridgeshire and Peterborough sexual health charity that was originally established in 1986 by a group of friends concerned at the lack of information and support around HIV/AIDS available locally.

It also runs a counselling service is for anyone (including young people) where issues around e.g. sexual health, sexuality, sexual identity, sexual relationships, sexual trauma or HIV are affecting their mental health and wellbeing

Looking for information about health and care?

Find advice and information to help you stay well and make decisions about your health and social care support.

Health and care for the LGBTQ+ community
It’s February: LGBT+ History Month. And an opportunity to highlight some of the health issues – and inequalities – facing the lesbian, gay, bisexual, trans, queer or questioning plus (LGBTQ+) community.
22 February 2021
Advice and Information 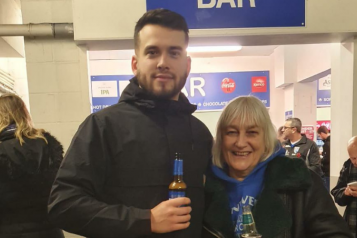 Following my dreams - and becoming a mum
In this personal blog for LGBTQ+ History Month, our Healthwatch CEO, Sandie Smith, reflects on the road to parenthood – and the joy of being a mum.
18 February 2021
Blog 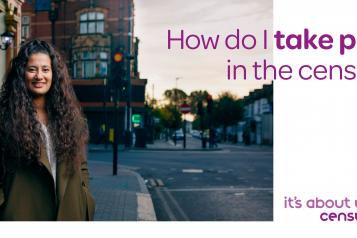 Making sure you count - the national census is coming
The census is coming. By taking part, you can help inform decisions on services that shape your community, such as healthcare, education and transport.
12 February 2021
News